You Don’t Want To Workout? Use This Tips From Home

There’s good news for people who want to watch their weight without giving up watching TV.

Now there’s a new workout for couch potatoes and people who think they’re too busy to find time to stay fit.

There’s good news for people who want to watch their weight without giving up watching TV. Now there’s a new workout for couch potatoes and people who think they’re too busy to find time to stay fit.

With time at a premium, many Americans are turning to creative forms of exercise. In a recent survey conducted by Harris Interactive for the North American Spine Society, three out of four people said they used the stairs rather than the elevator at work, 58 percent said they started parking their cars far away in parking lots and almost half reported walking while on the phone.

At the same time, however, 46 percent of people described themselves as couch potatoes–a major contributing factor to being overweight. Many adults say they have procrastinated working out in order to do other activities, such as watching television, sleeping in, doing household chores or working.

Meanwhile, more than 4 million Americans suffer disc problems. One out of four Americans over 30 will have recurring back pain, and one in 14 will seek medical care for back or neck pain this year, totalling almost 14 million visits per year. Back pain is the second most common reason that people visit a physician. Back and neck pain result in more lost workdays than any other condition. Due to absenteeism, medical and other related expenses, the cost of back injuries exceeds $80 billion each year in the United States. Exercise is one way to avoid back problems.

That’s why it’s important to find time to incorporate exercise into your daily routine. In addition to things such as climbing stairs and parking farther away, there are a number of fun ways to make your daily tasks opportunities to exercise: 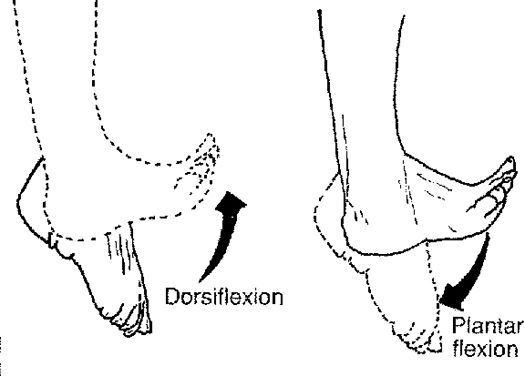 This exercise can be done anywhere you are sitting, except while driving. It should not be hard to find a place. Simply write the alphabet in the air with each of your feet and ankles. You can do the letters in capitals or small letters and, for that matter, in any language you would like. Doing this two or three times on each ankle will begin to strengthen the ankle and maintain or improve motion. 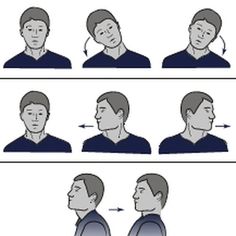 This exercise is easily done while doing the always fun task of washing the dishes. As you are standing there at the sink, slowly rotate your neck in a clockwise position, trying to extend the tip of your head out as far as possible. After three or four rotations, repeat the exercise in a counter-clockwise position. Remember, these rotations should be done slowly and in a pain-free range of motion. Besides increasing the flexibility of the neck, these exercises can pass the time of doing dishes.

Put the laundry basket directly in front of you and have the washer or dryer directly behind you. Grab a piece or two of dirty clothes, reach over your head slowly and drop the laundry into the washer. Again, start with dry clothes, then progress to wet clothes from the washer into the dryer.

This can be done on any Sunday afternoon watching multiple football games. Simply take the remote control (use the biggest one you have from the pile of remotes) and, while sitting watching your favorite team or movie and with your arm pointing toward the TV, aim the remote at the ceiling, moving your wrist only. Hold it there for 10 seconds, then aim it at the floor, again only moving the wrist. Repeat this three to four times during every commercial. Be careful not to accidentally change the channel when doing this exercise or it may irritate people who are watching TV with you.

This is worth repeating. Make a commitment to sticking with your plan. If you find yourself not able to meet your goals, change them so they’re easier.

I jogged around the block for years before I got lost one day, accidentally ran 8 miles and decided marathon training no longer seemed so ridiculous. Don’t expect to turn into Superman overnight. For now just try to stop being Hedonism Bot.

Not all exercise happens in the gym. Like to climb rocks? Shoot hoops? Swing the bat? Start with the fun stuff and work your way up.

4. Bring a friend, make it competitive

Having a workout partner is one of the most effective ways to be accountable and make your workout fun. Making it a competition is also great for motivation.

You know what takes a lot of energy? Puppies! If you can’t motivate to exercise for yourself, at least do it for Fluff Fluff.