THE ONE SUPPLEMENT EVERY BODYBUILDER NEEDS

The ultimate supplement that should be in every bodybuilder’s cabinet.

The effects of oral creatine (Cr) supplementation on muscle contractile performance and metabolism of skeletal muscle recently have become an area of major interest in exercise physiology. Creatine not only increases workout performance but also has recently been shown to increase muscle hypertrophy through activation of satellite cell activity and increasing mRNA IGF-1 activity. Another added benefit of creatine is that it may also reduce post-exercise inflammation and muscle damage. The term “repeated bout effect” is used to refer to the ameliorative effect of a previous resistance-training bout on the muscle damage (usually measured by creatine kinase leakage from the muscle) on a second workout. Researchers from Brazil have now shown that creatine can amplify the protective effect of previous workouts. They therefore recruited 18 healthy young male subjects and randomly assigned the subjects into either creatine or placebo groups. Subjects performed two resistance-training sessions, each protocol involving four sets of barbell biceps curls to concentric failure using 75% of 1RM, with three minutes of rest between sets and a controlled cadence of four seconds per rep (two seconds concentric and two seconds eccentric). Prior to the second test, the subjects consumed either 5g of creatine monohydrate with glucose four times per day or placebo supplements four times per day for six consecutive days. At the end of the study, muscle soreness was significantly increased in both groups after the first training session. After the second session, both groups displayed less soreness, however the reduction in soreness was greater in the creatine supplementation group. Additionally, markers of muscle damage measured (i.e., creatine kinase) were lesser after creatine supplementation; the researchers concluded that creatine provides an additive effect on blunting the rise of muscle damage markers following a repeated bout of resistance exercise. Creatine may have antioxidant properties which can have protective effects on muscle damage. 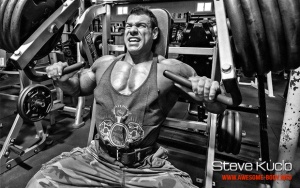 Creatine increases lean muscle mass by boosting intracellular water content, but other studies have shown that creatine increases the activity of satellite cells, which increases the potential for growth of muscle fibers and also aids in muscle recuperation. Recent research shows that creatine supplementation can also have a beneficial effect on cognitive performance. This is probably because creatine monohydrate supplementation results in significant increases in creatine concentrations in the human brain. Subjects were divided into a creatine group and a placebo group. They took 5 grams of creatine monohydrate or a placebo four times a day for seven days, immediately prior to the experiment. The subjects were sleep-deprived for six, 12, and 24 hours with intermittent exercise. The researchers found that at 24 hours, the group that supplemented with creatine had significantly better performance in respect to random movement generation, choice reaction time, balance, and mood state. The study indicated that creatine can aid in the mental functions of bodybuilders who may be sleep deprived and that creatine not only aids muscles, but it may also overcome brain fatigue.

For athletes who want to pack on size, two supplements have been clinically proven to increase muscle mass and strength: whey protein and creatine. In a 10-week, single-blind, randomized study, 17 resistance trained males were matched for strength and placed in one of two groups: (1) a group that consumed a supplement containing protein, creatine, and glucose immediately before and after a workout or (2) a group that consumed the same supplement in the morning before breakfast and late evening each training day. Findings indicate that after 10 weeks of training, supplementation before and after each workout resulted in significantly greater improvements in strength and lean body mass with a decrease in body fat percentage compared with those who took a supplement in the morning and late evening. The authors concluded a whey protein/ creatine/carbohydrate supplement may enhance the desired changes from strength training, when taken immediately before and after a workout session. .