Arnold Gets The Cake, You Get His Lifting Tips.

BODY OF WORK: THE COMPLETE EVOLUTION OF ARNOLD

*A STRONG FOUNDATION YOU SHOULD KNOW*

Arnold began training at age 15. While his focus was always on bodybuilding, he wanted his muscles to be not only aesthetic but also bursting with power. Heavy training in the form of Olympic weightlifting and powerlifting were part of his routines almost from the beginning. Understanding that the traps and spinal erectors developed best with heavy clean and deadlift movements, Arnold worked up to sets of only five, three, and, from time to time, one single rep. “By forcing myself to go to the limit,” he wrote in his 1985 book The New Encyclopedia of Modern Bodybuilding, “I counterbalanced the lighter-weight, higher-rep training that made up the majority of my workout. 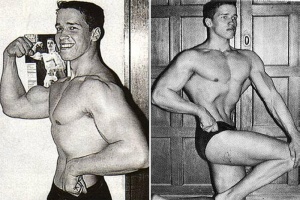 Here Some Of The Legend Arnold Schwarzenegger’s Rules for Success: 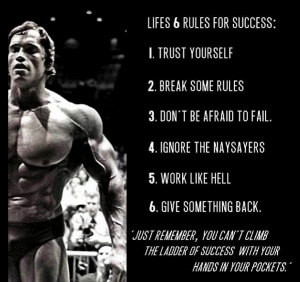 “I WAS DETERMINED TO BE UNIQUE.” NO MATTER WHAT ANYONE ELSE SAID, ARNOLD BELIEVED HE COULD MAKE HIS BODYBUILDING DREAMS COME TRUE.
RULE #2: BREAK THE RULES

EARLY IN HIS CAREER, ARNOLD’S CALVES LAGGED. BUT AFTER CONSULTING WITH REG PARK, HE WORKED THEM SIX DAYS PER WEEK–AN UNORTHODOX APPROACH THAT HELPED TURN A WEAKNESS INTO A STRENGTH. “YOU HAVE TO THINK OUTSIDE THE BOX,” ARNOLD STATES.

ARNOLD WAS ADVISED AGAINST PUTTING HIS IMMENSE REPUTATION ON THE LINE IN ANOTHER OLYMPIA. BUT, AS ALWAYS, HE REVELED IN THE CHALLENGE AND REFUSED TO LET FEAR OF DEFEAT DISSUADE HIM